Almost everyone in the NBA 2K community is discussing virtual currency to some degree. It has been a hot-button topic since the game was released on September 15. 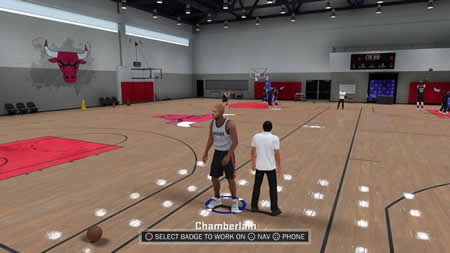 MyLeague can be one of the most lucrative modes in the game. Actually playing games can earn you close to 1,000 VC per contest. However, this article is about earning quickly and efficiently. Did you know that you still earn VC in MyLeague even when you simulate a game? 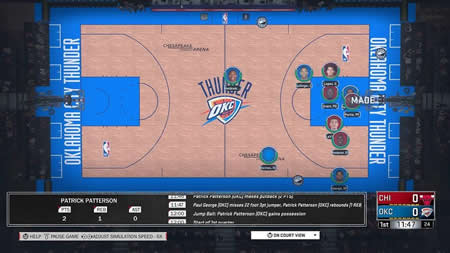 Start a MyLeague with any team. Set the quarter length to 12 minutes. The difficulty setting doesn’t matter. Go to the in-mode calendar and simulate a game using Simcast Live. Make sure you turn the sim speed up to 6X.

Whether you participate in the simulation or not, you’ll still earn 400 VC for every game. It doesn’t even matter if your team wins or loses.

Gamers who work or are in school can simply start a MyLeague game each morning, afternoon or evening before they leave for the day. The simulation doesn’t require you to press any buttons to complete. When you return, you’ll have earned your VC. You could repeat the process before you go to bed.

It’s an easy way to ensure you earn at least 800 VC every day. If you’re concerned about your console being on all day, all you need to do is set it to go into sleep mode after being idle for 2 hours. The simulation doesn’t take that long to complete.

If you’re home, but just can’t get on the sticks at the time, you can potentially sim through a number of games earning 400 VC each time. If you complete an entire MyLeague season using this strategy, you will earn yourself 24,600 VC.

The MyNBA 2K18 App Will Show You The Fake Money

If you’re complaining about VC and don’t have the FREE MyNBA 2K18 application on your phone, you’re like a thirsty man at a water fountain who refuses to push the little button to have a drink.

The application practically gives you VC for simply logging on. There are prediction games based on the real NBA that you can play as well, and those carry more VC earning options. It’s possible to earn as much as 1,000 VC per day.

Last year’s game featured 38 episodes of 2KTV. Each of those episodes gives gamers an opportunity to earn VC for answering questions and participating in polls. You can usually earn close to 400 VC from the show, and it’s pretty informative overall.

The show runs once a week. If you used all three of these strategies in concert, you can realistically earn 13,000 VC per week without playing a single game. That’s not even counting what you can earn from picking up the controller and actually playing any of the VC-earning modes.

As long as you want to have Cheap NBA 2K18 MT, you can come to our site Mmocs.com – a dependable online coins seller.